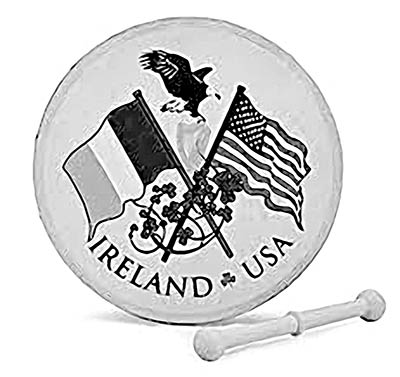 On Saturday, April 13, the New York Irish History Roundtable will present a unique program on “Irish Women of Action,” associated with New York, who devoted much of their lives to major social changes like Irish independence, relief for the impoverished, and achievement of women’s rights. This special panel brings together experts on the topic,… END_OF_DOCUMENT_TOKEN_TO_BE_REPLACED

On Saturday October 27th at 10 a.m. New York historian, author and Educator, Geoffrey Cobb will talk about the long and colorful history of this New York landmark and institution. Mr. Cobb recently wrote about the history of this special “Ale House” in Canada’s History. His article discussed the McSorley family history, the pub’s admission… END_OF_DOCUMENT_TOKEN_TO_BE_REPLACED

On Saturday, Dec.1 at 2 p.m., film maker Williams Cole, great-grandson of O’Donovan Rossa, will present a revealing program and film-showing on the life and times of the 19th-century Irish patriot, and New Yorker. Williams Cole, accomplished documentary producer and director, will introduce and discuss his documentary, Rebel Rossa. A reception will follow. Join us… END_OF_DOCUMENT_TOKEN_TO_BE_REPLACED

On Saturday, March 3 at 2 p.m., historian Art Mattson will tell the story of terrible shipwrecks in the 1830s that resulted in the deaths of over 200 immigrants just outside the port of New York. Most victims were Irish, many of them women and children drawn to the freedoms and expanding opportunities in America. They… END_OF_DOCUMENT_TOKEN_TO_BE_REPLACED

On Saturday, May 12 at 2 p.m., author Eileen Markey will discuss the life—and death—of Sister Maura Clarke, M.M., whose brutal assault and murder at the hands of Salvadorian soldiers in 1980 became the source of international news and years of debate over America’s Cold War policy in Latin America. Who was Maura Clarke, and… END_OF_DOCUMENT_TOKEN_TO_BE_REPLACED

On Saturday, October 21, author Christopher M. Finan will discuss America’s troubled history with alcoholism and its long search for sobriety. The focus of this unique program will be on Irish-American leaders who took up the long battle against the disease and the successful results of their efforts. He will also recount the early roles… END_OF_DOCUMENT_TOKEN_TO_BE_REPLACED

On Saturday, December 2, writer and Roundtable member Michael Burke will discuss Launt Thompson, the Irish-American sculptor who rapidly rose to fame and accomplishment in the United States in the years following the American Civil War. Thompson’s success, however, was dramatically jolted at one of its highpoints and Thompson died in a state asylum. The… END_OF_DOCUMENT_TOKEN_TO_BE_REPLACED

On Saturday, March 4, we will host a provocative program about what became labeled as the New York “Police Scandal” of 1892. With powerful results, charges were sensationally leveled against police practice and Tammany Hall activity in the city of New York by one of Gotham’s leading citizens. The centerpiece of this Roundtable program will… END_OF_DOCUMENT_TOKEN_TO_BE_REPLACED

In the mid-1800s, Irish Catholics arrived in the U.S. in dramatic numbers. They were often confronted with severe and ugly discrimination, and they reacted in various ways. One such reaction—uncommon in its time—was that of Fr. Sylvester Malone. To hear more about this unique man, join us and Geoffrey Cobb on Saturday, May 6 at… END_OF_DOCUMENT_TOKEN_TO_BE_REPLACED